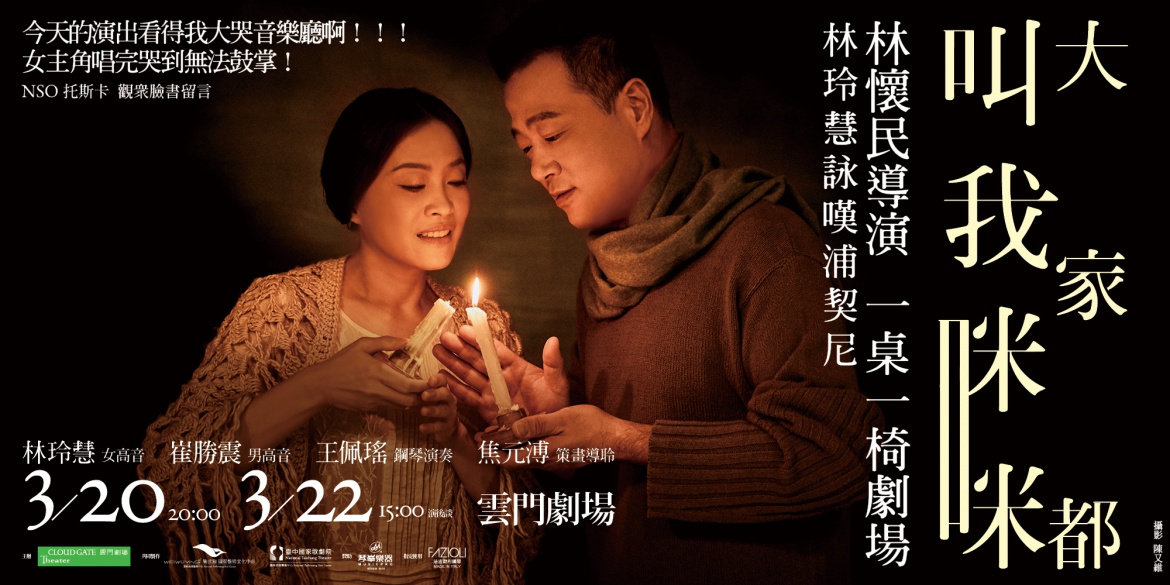 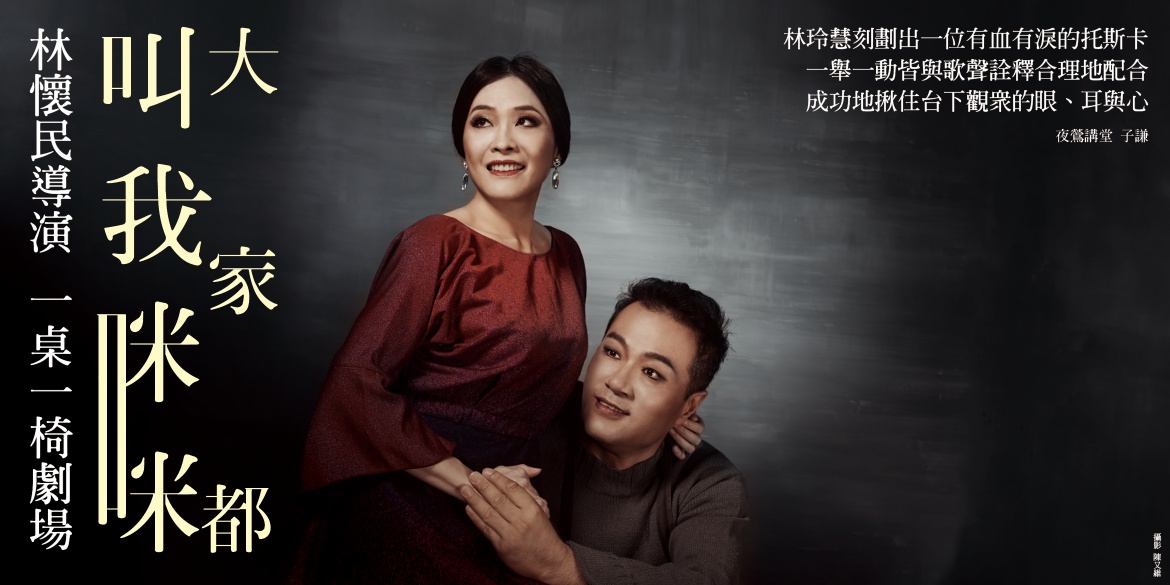 In 2019, LIN Ling-hui performed in Tosca with the National Symphony Orchestra (NSO) directed by LIN Hwai-min, and the audience was moved to tears.

In Spring 2020, LIN will be joined with CHOI Seung-jin, a Korean tenor enjoying an active career in Europe, to perform favorite arias and duets of all time by Puccini from Madama Butterfly, Tosca, La bohème, and Turandot. The audience will surely be once again moved by their stellar performance.

There will be surtitles and on-site commentary by CHIAO Yuan-pu, a renowned local music critic. Thus, any fear for not understanding the content should be quelled, and the only fear should be the fear of not being able to secure a ticket.

LIN vividly portrayed Tosca’s jealousy and tears. Every move she made flowed naturally with her vocal interpretation of the role. The audience was moved by what they saw, what they heard, and what they felt. During the intermission, some of us music lovers were gathering together to discuss the presentation, and all of us, without a single exception, were moved to tears by her spectacular performance.
Tzu-Chien from the Nightingale Foundation

The beauty of LIN’s voice lies not in excessive embellishment, but in her active effort to communicate genuine emotions.
Performance Arts Reviews

Watching the performance today made me cry out loud in the concert hall!!! After LIN finished singing, I cried so hard that I could not applaud!
A Facebook message left by an audience member at the NSO Tosca 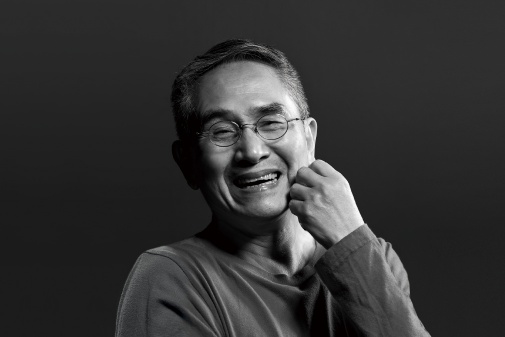 LIN Hwai-min was first known to the Taiwan public as a fiction writer. He started his modern dance training at the age of 23, while working on his MFA degree at the Writers’ Workshop at the University of Iowa. He founded Cloud Gate Dance Theatre of Taiwan in Taipei in 1973.

A self-taught choreographer, LIN often draws from Asian cultures and aesthetics to create works with contemporary resonance. Under his direction, Cloud Gate tours extensively to international acclaims and prominence.

Among other honors LIN Hwai-min has received are the John D. Rockefeller 3rd Award, the Chevalier of the Order of Arts and Letters from the Ministry of Culture of France, the Honorary Fellow Trinity Laban, London, and honorary doctorates from six universities in Taiwan and Hong Kong. He was also celebrated by the Time Magazine as one of “Asia’s Heroes.”

At the end of 2019, LIN retired from the position of the artistic director of Cloud Gate. CHENG Tsung-lung succeeded him to take the reins of the company. 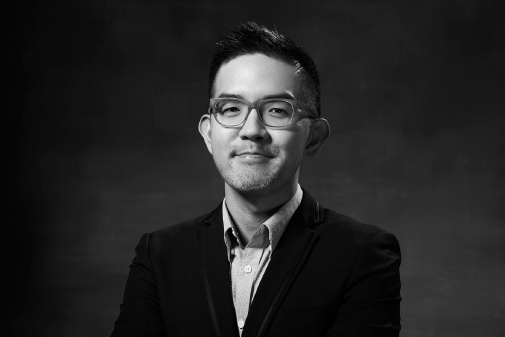 CHIAO Yuan-pu was born in Taipei in 1978. He holds a BA in International Relations from the Department of Political Science, National Taiwan University, Taiwan, an MA in Law and Diplomacy from the Fletcher School at Tufts University, USA, and a PhD in Musicology from King’s College London, UK. He was selected as an Edison Fellow of the Sound Archive at the British Library between 2008 and 2009, a coveted position for music scholars interested in the history of classical music recordings.

CHIAO has started to publish articles in newspapers and magazines ever since he was fifteen. His topics include composition studies, music interpretations, interviews with musicians, reports on major international music competitions, literary works, translations, and adapted scripts. He has authored over ten books, among which are Thinking More and More about Music, Heard Chopin, A Road to the Classical Music, and The Colors between Black and White (published in both Chinese and Japanese), and produced two audio series on online channels, Chiao’s Symphony: A Road to the Classical Music and Chiao’s Symphony: An Easy Peasy History of Classical Music. CHIAO was the artistic director for the 20X10 Chopin Music Festival in 2010 and the Debussy Touch Piano Festival in 2012, and has coordinated and lectured in several lecture series, including the MUSE Lecture Series of Chiao and the Music and Literature Series, both hosted by the NSO and the University of Hong Kong, and the Fun Opera Lecture Series hosted by the National Taichung Theater. He is currently a radio host of two programs, Chiao’s Music and NSO Live Cloud Concert Hall, on Bravo FM91.3 Taipei and FM97.7 Classical Taichung. 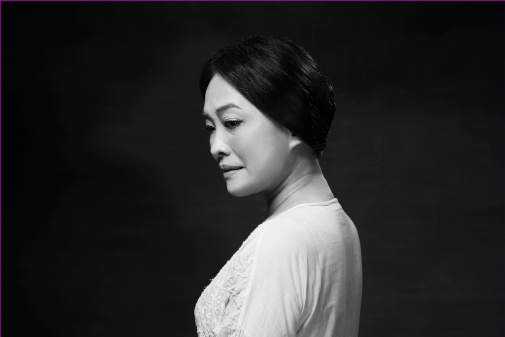 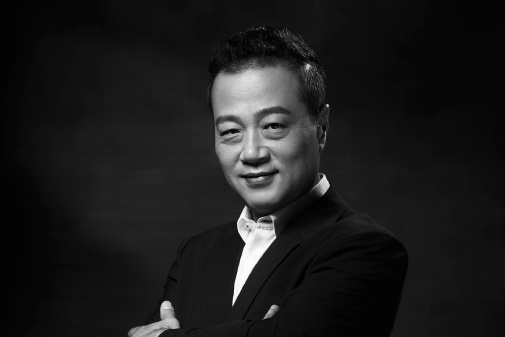 CHOI Seung-jin holds a BA in Music from Mokwon University, South Korea. Later, he went to the Giuseppe Verdi Conservatory of Music in Milan and the Rostock University of Music and Drama in Germany to study opera. CHOI has performed at various places around the world, including the Estonia Theatre in Tallinn and the Vanemuine Theatre in Tartu, Estonia; municipal theaters in Eisenach, Erfurt, and Flensburg, the Hamburg State Opera in Hamburg, and the Prince Regent Theatre in Munich, Germany; the Utsunomiya Bunka Kaikan (The Utsunomiya Cultural Hall) in Utsunomiya, Japan; the National Theater in Taipei, and municipal performance halls in Taichung and Kaohsiung, Taiwan.

CHOI’s repertoire includes Riccardo in Un ballo in maschera, Froh in Das Rheingold, the Italian singer in Der Rosenkavalier, Don Alvaro in La forza del destino, Prince Kalaf in Turandot, Samson in Samson et Dalila, the painter Mario Cavaradossi in Tosca, the protagonist Otello in Otello, Radamès in Aida, Don José in Carmen, Rodolfo in La bohème, Luigi in Il tabarro, and Benjamin Franklin Pinkerton in Madama Butterfly, among others. He held a professorship at Mokwon University from 2010 to 2012, and is currently an Assistant Professor at the Department of Music, National Taipei University of Education in Taiwan. 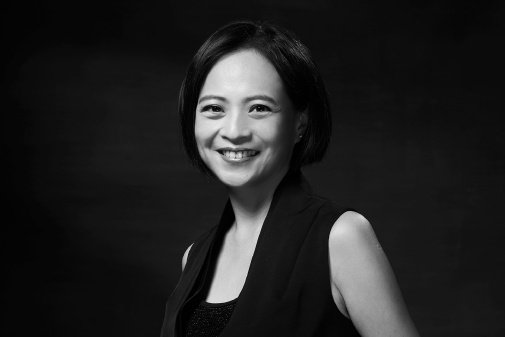 WANG Pei-yao was born in Taipei, Taiwan. As a child, she studied piano with LIN Chiung-hua and CHEN Yu-hsiu, a renowned pianist from Taiwan, and violin with Sylvia Shu-Te LEE, the “Godmother of Violin in Taiwan”. Identified as a prodigy, Wang was awarded a full scholarship to study at the Curtis Institute of Music in the United States after graduation from elementary school. Later, she went to Yale University for her graduate degree, where she majored in music and also pursued a concentration in architecture. During this time, she served as the only in-class pianist for the distinguished cellist Mstislav Leopoldovich Rostropovich. WANG was a student of several eminent pianists, including Gary Graffman, Seymour Lipkin, Claude Frank, and Richard Goode.

WANG is an alumna of the Chamber Music Society Two at Lincoln Center (2002-2004) and the Lindemann Young Artist Development Program of the Metropolitan Opera (2006-2008), both of which aim at nurturing and promoting emerging talented young artists through training and performance opportunities. This is an unusual feat, as ethnic Chinese are considered a minority in the field of opera. During her time at the Met, WANG worked on the production team and participated in the musical preparation of the Doctor Atomic DVD, which later won the Best Opera Recording at the 2011 Grammy Awards. Recently, WANG also worked as a vocal coach for several operas in Taiwan, including Salome, Der Ring des Nibelungen, The Turn of the Screw, Un ballo in maschera, La dame aux camélias, A kékszakállú herceg vára (Bluebeard’s Castle), Candide, ou l'Optimisme, Trouble in Tahiti, Turandot, and the 2017 Innovation Series - The Pilgrimage by the National Theater and Concert Hall. Wang is the event coordinator and one of the featured artists in Luminous Shadow, a concert to be held in the 2020 Taiwan International Festival of Arts hosted by the National Theater and Concert Hall. 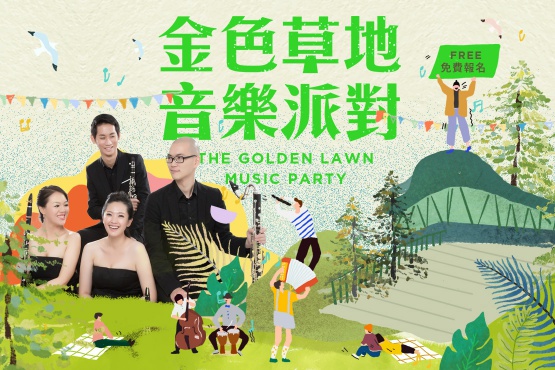 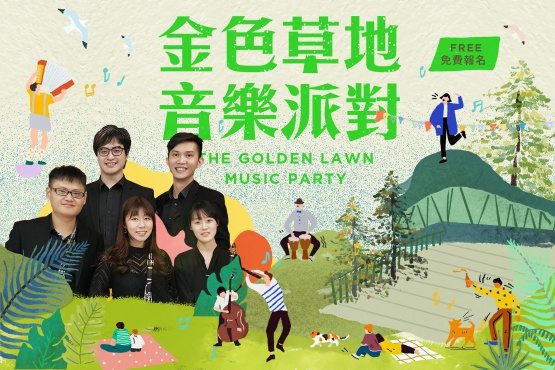